I Cast the Obamas First Date 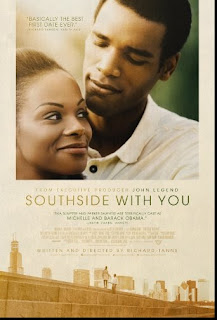 Well, kind of… My name is Tracy Twinkie Byrd and I’m a Casting Director in Hollywood. What is a Casting Director? A Casting Direction is the person or persons who audition and hire the best actors for roles Feature Film, Television web series etc.  My work can be seen in Fruitvale Station, Sparkle, Being Mary Jane and the Upcoming Film ‘Southside with You’ starring Tika Sumpter, Parker Sawyers & Vanessa Bell Calloway.

‘Southside with You’ started with a Beautiful Script, written by Richard Tanne. Tika brought the script to me at a dinner meeting  and asked me to read it and consider casting it. I read the script and I was IN!! A Script about our current President Barack Obama on a first date with then Michelle Robinson… Oh Yes!! I said. Then the real work started. Our fabulous writer became our Director and a meeting was set. I brought some wonderful actor names to the table and we talked strategy. How to find BARACK??

I put out the Breakdown (that is a Mass email to Agents and Managers) and started to meet a lot of Actors, many of whom resembled our President in many ways. I conferred with my director Richard Tanne and Producers Bob Teitel & Glendon Palmer regarding talent and set out on my work to FIND OUR BARACK OBAMA then the rest of my fabulous cast.

Now I’m sure you have the Tika question. How did Tika become a part of this project? Tika is the brilliantly talented actress who also produced and starred. Tika and Richard were friends and she read his wonderful script. Now, if it were up to me to cast Michelle Robinson, would I have cast Tika Sumpter... YES, YES and YES!!! I would have cast Tika Sumpter!! I have done it three times before, ‘Stomp The Yard 2’, ‘Sparkle’ and the Pilot episode of ‘Being Mary Jane’. She is AWESOME!

Back to Barack…numerous actors came through my Casting Doors. I had audition tapes come in from the US and UK.  Actors were auditioning from everywhere. The challenge was… Are they trying to act like the President of the United States or are they being Barack or Barry as he was sometimes called. Some were doing an impression, how could they not? Our President is one of the most Brilliant Speakers in the world.

Richard, my director, and I watched tapes and held auditions. Strong Actors, but none were Barack. Then we went to the tapes. One Actor in particular, stood out to me, but Richard was not convinced. He stated, “his voice, he is doing an impression of Barack Obama and I just cant take it anymore”. I watched that tapes again and there was something…Something Special in his eyes. A Sparkle! A Feeling.

I asked my director,  please watch it again, give him a chance and this time watch it with the volume turned off. He said, No Volume? I said Yes. Watch him then give him notes if you like him. What do you know?  Richard did just that. He watched it without the Volume and Voila'! He saw what I saw! Richard gave him Great Notes and Parker sent back a tape. The Story doesn’t end there… we have to set up a Chemistry Read with Tika.

We set it up and The scenes were so Beautifully done I felt like I was watching the Film in front of my eyes. My eyes filled with Tears. Richard nodded. Glendon smiled. Bob agreed.  We found our Barack.

On to the Local Actors and Parents of Michelle Robinson. Vanessa Bell Calloway was shooting her show, Shameless, in Chicago and she would be PERFECT to play Michelle Robinson's mother, Marian
Robinson. Vanessa said YES!! Now lets work her into the schedule.  Phillip Edward Van Leer is a pillar of the Acting Community in Chicago. His tape was AWESOME. The response was YES!

I look forward to the world to watching ‘Southside with You’. I feel like it’s one of the most beautiful First Date Movies Ever.

About me
Currently I’m embarking on my Directorial Debut for a short film entitled The Counter-1960. It’s a Story about the Student Sit Ins of the 1960’s with a Twist. Please help us tell this story. DONATE today at
www.TheCounter1960.com
Posted by Tracy Twinkie Byrd at 8:01 PM